An original method based on the right combination of colors, sounds, laser light interference effect putting into a practice is already yielding quite an impressive results.

Let go your feelings… Let them swim, sail away without returning… Release all the needless out… so that it will not return to you.

To raise our mood

A wonderful team of like-minded people, physicists, engineers and humanities with a broad outlook and inexhaustible enthusiasm, and all of them, in search of raising our mood, would seem to be completely banal things known to everyone since childhood – cavalcades of color, optical refractions, noises of a virgin nature and even aromas. Absolutely guaranteed – our fears are moving away more and more. It is perfectly combined with drug treatment. Constant “consumption” fortunately, in this case, is not harmful to health. Prof. Yuriy Andrashko, MD, PhD., DrSc. European Academy of Dermatology and Venereology (EADV) member, Hungarian Academy of Science

Something very interesting thing is happening today within the walls of our faculty. Then we go any further – the dean Dr. Gergely Fabian greeted the audience. 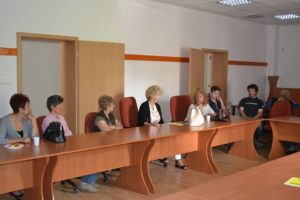 Dr. Erika Borbenyi, oncologist, chief doctor, National Institute of Oncology, Budapest: The approach of the Lux Aeterna Therapeutic appears to be extremely original, its potential role in the rehabilitation of the seriously ill is hard to overestimate. I myself feel like after the hypnosis session.

Audience research, 70 older men and  women at age 50-70 years, short interviewing of each participant by Dr. Endre Horvath, psychiatrist, head doctor, audience measurement (heart rate and blood pressure), interview by physicians and nurses of the Nursing Home before and after the 25 minute seance.

Summary of research: in all those present clearly can be observed increasing of mood and improvement of state of health. 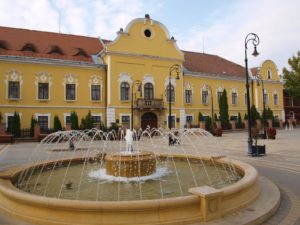 Summary of event: in all those present clearly can be observed increasing of mood and exponent of relaxation.

Study the possibility of the use of Lux Aeterna seances for relaxation of hospital staff working in very difficult conditions with gravely ill patients, Nagykálló, Eastern Hungary, September 2014. 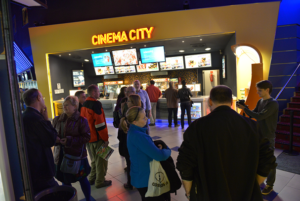 Open discussions, interviews with the audience, in the presence of theater members, content creators, as well as doctors. October, 2014. 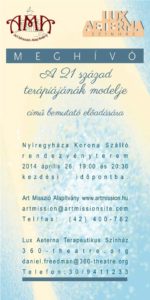 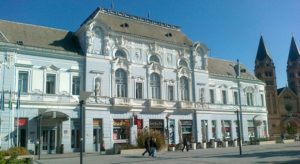 Conclusion of group of family doctors ( 11 physicians and 2 pharmacologists) attending at the presentation: We can not only manage, but also prevent the majority of psychosomatic disorders. Lux Aeterna expertly created seances imperceptibly cure the present body and soul, creates the harmony of man’s inner and outer world. 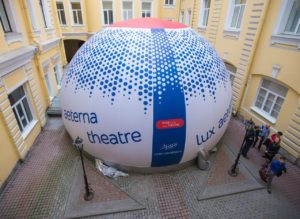 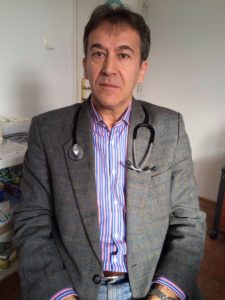 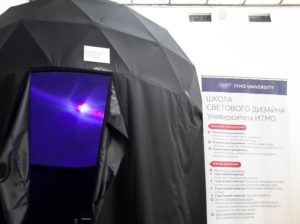 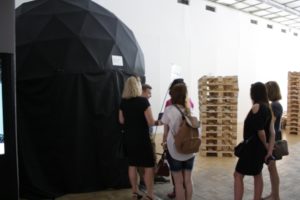 Throughout the exhibition the laser-sound installation under 3m cupola was attended by about a thousand visitors. 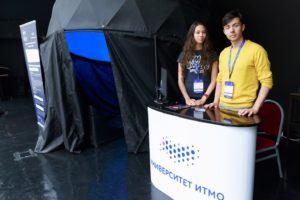 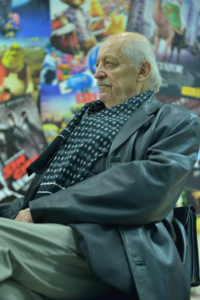 Dr. Endre Horváth, Chief Psychiatrist at many hospitals  for 40 years

Dr. Endre Horváth, psychiatrist, head doctor: Despite its name, Lux Aeterna formulates no dramatic happenings, but raw sensory impacts, a specific ensemble of emotional and mood states as well as it dynamic changes. 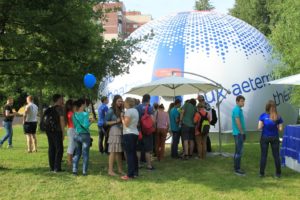 It should be prescribed the recipe for Lux Aeterna Therapeutic 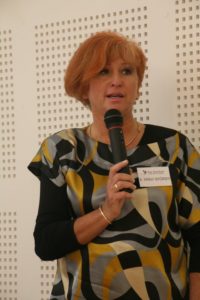 After the light-music therapeutic seance discussions at the Healthcare Department were held  and one of the family doctors said that one third of the population suffers psychological problems. And it would be very useful to have such a therapy. It allows us to forget the daily stress. Moreover, it is recommended for the medical staff (doctors and nurses) as well, who are suffering from burnout syndrome day by day. Most contributors stated that it should be prescribed a recipe for such a kind of seances.  It can be excellently suitable for those who are ill and healthy as well. All of them will forget their mental problems and finding peace return home tranquil. 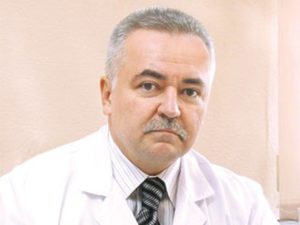 What I saw today here inside astronomical institution has made on me and my wife a very positive impression. Union of lasers and musical sounds in a given architectural environment of the huge planetarium dome can not fail to force me to reflect on the therapeutic component of the Lux Aeterna Theater plays, – Prof. Ivan Smolanka, head doctor, Ukrainian National Cancer Institute, Kyiv, Ukraine.

The World Surrounding Us was Born from Sound and Color, Daniel A. Freedman

Daniel A. Freedman: A close observation of sound and colors combinations that surround us in daily life, can serve as a starting point, if not the exact answer, to issues relating to our health condition.

V. Kolyadenko: After Lux Aeterna séance I asked myself a question: who is that who heals? The answer was both hard and easy: we, graduate doctors are only saving lives, but the healing happens here… 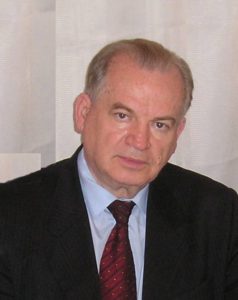 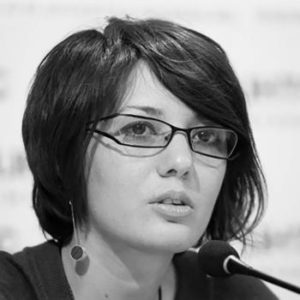 N. Bystryantseva: Investigate the light in any of its numerous and multifaceted aspects is always interesting; in the given aspect the activity as well as the know-how of the Lux Aeterna Theater in scenographic and medical approach is not an exception. 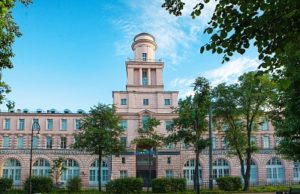 Following the procedure of “State of Health-Activity-Mood” a positive trend in terms of “State of health”, “Activity”, “Mood” occurs on the total sample and for a group of men. In women’s group there is a decrease in “Working ability” with increasing rates “Activity” and “Mood”. 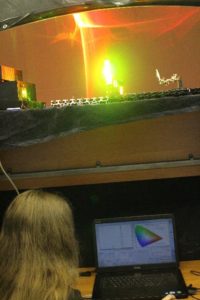 Evaluation of anxiety with the help of the Luescher Color Test scale “Anxiety” and Zung self-rating depression  scales shows that after the relaxation session anxiety is reduced in women’s and the men’s groups. Thus, at given groups it is proved the efficiency of Lux Aeterna Therapeutic method relaxation in reducing anxiety.
In physiological tests “Immunity” the following data were obtained. The average value of the reaction time for both groups shows reduction, which also indicates the relaxation effect and anxiety reduction, but increased the coefficients of accuracy factors on both groups. The data obtained by this method may indicate that after the relaxation session at the testee anxiety decreases, the testee became more careful and due to this accuracy action increases. 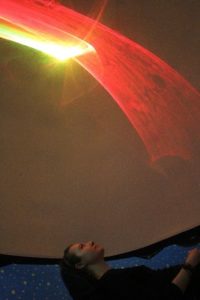 On this day researches on the effectiveness of Lux Aeterna Therapeutic method have been carried out on a group of 31 people (15 women and 16 men aged 17-22 years). The measures of the performance were made before and after the five-minute effect. 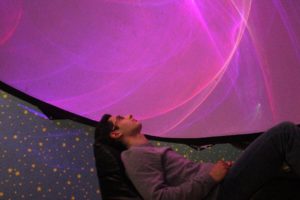 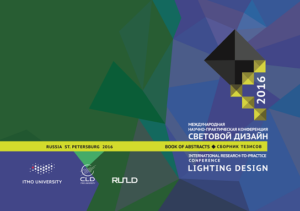 Daniel A. Freedman: In the city, step by step, we are building a new type of space, the original
architectural dominants; environment in which the stress from whatsoever — study, work, family — is dissolving without a trace. Spaces of the Future, in which for artistic light and sound there will be a lot more space in our life than there is now…

In these theses author proposes to continue the actual topic and consider the issue through the introduction of certain audio-visual islands directly on a city streets, squares. The small island, which the author has given a conditional name “Sanitary Theatre”, is located directly on the pedestrian zone in the form of a corridor, some passing premise, where, following a pre-planned our route, we step on slowly moving path and get into the enclosed space. Walls of sound-absorbing panels completely cut off us from the city sound background. At the same time, it is possible to fill this space with own original audio and/or sound, light, sound, color content. As it is known, Lux Aeterna Theatre studios successfully creates such a content over the past 35 years. If you wish, Sanitary Theatre can become a kind of an “intimate” space (without the need to allocate separate time in the daily schedule, which we never have enough).
There is no doubt regarding the psychotherapeutic value of the Sanitary Theatre which may provide us — at least for a short time — the possibility of change the usual urban surrounding and with its atmosphere. Physically, 1 minute of stay in the Sanitary Theatre will be equal to at least 10-20 minutes of the usual to us relax. By the power of the impact and its depth — today inaccessible to any other known solution in this field at all.
The author expresses his belief that the research of experience of non-pharmacological treatment of Lux Aeterna Theatre, conducted in recent years by ITMO University in this area (with the involvement also of medical universities in Russia and Hungary) will undoubtedly give a serious impetus to the development of new forms and types of light-color-sound architectural environment of big cities.